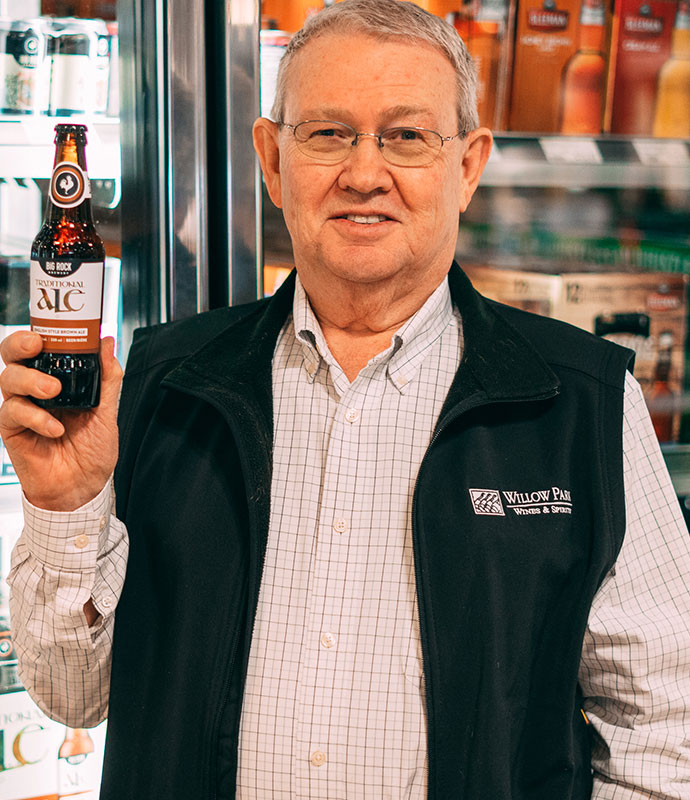 Alastair has been an integral part of the Traditional ales industry for nearly 35 years. He worked selling beer at local brewery Big Rock for Ed McNally and Bernd Pieper but when it was time, decided to retire. "An opportunity to work part time with Dave the Beer Guy in the beer room at Willow Park Wines & Spirits arose and I decided it was too good to pass up'. He's been so involved in the beer industry he even has a beer named after him- Village Brewery named their 'Village Bobby' beer after Alastair himself.

Not only does he love the customers that come into our main store, but he loves the staff. "I've joined a very successful group of enthusiastic young experts." He believes finding the right beer for any of our customers is an amazingly enjoyable journey.

As a beer connosiueur, Alastair's choice of drink is of course traditional beer. In summer he enjoys a crisp sour but moves towards a nice stout in the cold winter months. He's enjoyed many beer pairings over the years, but the most surprisingly enjoyable one he's tried is a Big Rock Scottish Heavy with a Christmas Fruit cake.