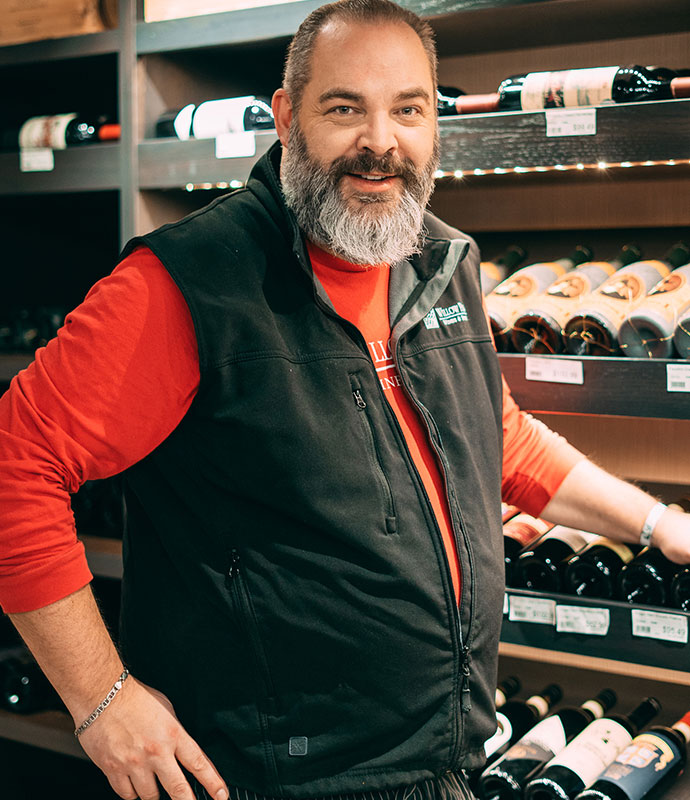 Living in the Okanagan Valley with his Italian Family, Michael developed a love of wine before most kids could tie their own shoes. His first memory of wine was at the age of four as he recalls tasting a wine called Lonesome Charlie. He made his first wine at the age of nine with a kit he gave his dad for father’s day. When all his friends dreamed of being firemen and astronauts, Michael knew that he wanted to be a bartender. Michael started his young career by bartending at family functions which led him to serving at fine dining restaurants, being an employee at a still/sparkling wine house, becoming a wine rep, working for an award winning BC winery and hosting the shows Wine Basics, Beer Basics and Vine to Wine.

For the last eighteen years he has been the Senior Product Consultant for Willow Park Wines & Spirits where his job involves assisting customers in choosing the perfect wine for their specific needs. Michael teaches Wine Basics 101 as well as the WSET levels offered by Willow Park Wines & Spirits. He also hosts private wine tasting events and makes appearances at special functions. Through his experience and incredible knowledge of wine, Michael has built up quite the reputation for his wine expertise that surpasses many sommeliers.

He has traveled to a variety of places such as France, Italy, Spain, Oregon, and Washington State, to continually become educated on wines, beers and spirits. Though wine is his passion, he also has an interest and knowledge in beers, scotch and spirits. His meal of choice is none other than juicy Alberta beef tenderloin tips with a glass or two of a Burgundy Pinot Noir.

Best advice he can give? 'My small but important wine tip is “Good stem wear makes a big difference”. I’m also a strong believer that a good story and a little knowledge about your food and drink is surely bound to make the meal much more enjoyable.', says Michael.